The Perils of Soda - does it contain carcinogens? Hmmmm???? 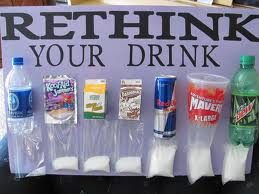 Every single day I am counseling patients regarding diet and nutrition to get their diabetes, hypertension, obesity, or high cholesterol in check.  I live in the 'South' in an area that is known as the 'Stroke Belt'.  We have a very high percentage of patients that due to diet, lack of exercise, and poor overall nutrition that have a high morbidity and mortality (death and dying) from these diagnoses than the majority of other states.  While other factors may play a part, one of the biggest factors is the intake of sugared drinks, especially soda.  Why is this?  Two of the biggest manufacturers of soda were invented here in the South - Pepsi and Coke.  Pepsi was invented in NC and Coke in GA so there is a lot of heritage here as well.

One of the problems with it though is the formulations that have changed over the years.  Manufacturers have developed ways to speed the process, keep it from spoiling, etc that so many chemicals go into making them that they really are not healthy for you at all.  Numerous studies prove it over and over.  I was reading the label of just one 'diet' soda tonight and am wondering 'why' some of these things are even in soda!!  Potassium citrate, potassium benzoate, 'natural flavors' (what are they?), calcium disodium EDTA, caramel coloring, and the notorius aspartame.

Let's start with Potassium citrate.  What is it and what is it used for?  Potassium citrate is actually a drug used to keep the urine from becoming too acidic.  It is used in foods to keep foods from becoming too acidic or as a preservative.  It is not intended to be used in individuals with problems with swallowing, adrenal gland problems, uncontrolled diabetes, heart problems, peptic ulcers, high potassium levels, kidney problems and more.  So, what's it doing in soda?  Side effects of too much potassium citrate include nausea, vomiting, diarrhea, heart problems, kidney stones, dehydration, and more.  Again, this is in soda because?  Hmmmm...

Potassium benzoate - this is a preservative but when combined with citric acid and sodium it can form the chemical benzene - a known carcinogen!!  Almost all soda these days contain sodium.  Recently Coke and Pepsi were in a dispute with California regarding labeling over several factors.  This was one of them but the other was caramel coloring.  More on that in a moment.

Natural flavors - These can be anything!  If you have allergies like I do, and some are so extraneous you can't afford to NOT know what exactly is in your food or drink!  Please LABEL ALL INGREDIENTS!!

Calcium disodium EDTA - The full scientific name is Calcium disodium ethylene diamine tetraacetate.  Calcium disodium EDTA is made from formaldehyde, sodium cyanide, and Ethylenediamine!!  It is used as a preservative to prevent 'metals from chelating (binding) together.'   'It inhibits rancidity (disagreeable odor or taste of decomposing oils or fats) in salad dressings, mayonnaise, sauces, and sandwich spreads.'  So, think long and hard when you drink a soda containing this!!

Caramel coloring - let's face it, when we make 'caramel' at home, we heat sugar at a high heat and it colors it the wonderful caramel color we are use to.  Well, this takes time.  Bottling companies don't have the time we do at home.  They have a lot to bottle in a short period of time.  It use to be done the old fashioned way, but not any more.  Today, they utilize 'chemicals' to get that color!!  In CA, they were going to be required to list it as a carcinogen as well!!  Here is a quote from the Center for Science in the Public Interest statement  "The carcinogen forms when ammonia or ammonia and sulfites are used to manufacture the ‘caramel coloring' that gives those sodas their distinctive brown colors."  So, when you drink or eat today's 'caramel coloring' you are ingesting ammonia and/or sulfites!!  The FDA even took up their (CSPI's) petition for review due to the evidence they found.

Sodium - why on earth do they add sodium to soda?  It is reported they put it in soda to enhance the flavor and to act as a preservative.  But, it also makes you more thirsty!

Aspartame - to date, no known long term effects are known.  It is known however that there are individuals who have headaches, neurological effects, stomach problems and more.  It is a chemically created sugar!!  Not good to drink for anyone.

Caffeine - a natural diuretic and stimulant.  It hypes your body up and can dehydrate you.  You may be drinking that soda for the 'water' but you end up urinating it out because of all the caffeine!!  Do you really need to be dependent on caffeine?  Hmmmm, caffeine dehydrates you, salt makes you thirsty, caffeine also raises your blood pressure, it's a viscous cycle!!  No wonder people are addicted to caffeine!!  It's scandalous!!

High Fructose Corn Syrup (HFCS) or Sugar (regular soda) - I don't care what corn manufacturers and soda companies try to tell people - there IS a difference between the two!!  HFCS is far more rapidly absorbed into the body as it is already broken down into tiny molecules much more readily absorbed by the body.  Sugar isn't as broken down and has to be broken down more by the body.  Just 24 oz of soda a day over 1 month is the equivalent of drinking 5 pounds of sugar a month (or 60 pounds per year!!).  That's a LOT of sugar!!

Lastly, the carbonated water.  Carbonated water contains phosphoric acid.  As anyone that has had any biology or chemistry would know an 'acid' eats at things!!  This acid particularly likes calcium!!  Your bones and teeth are made of CALCIUM!!  Without that much needed calcium it sets you up for kidney stones, osteoporosis and fractures.  I use to work in the emergency room for nearly seven years.  I use to see CHILDREN come into the ER with flank pain, blood in their urine and urinary calcium crystals!!  All signs of kidney stone formation.  This should never happen in a child!!  All they drank was SODA.  Not good, not healthy at all!!!

Okay, I give out the information..... what you do with it is up to you as I tell my patients.  You can lead a horse to water but you can't force them to drink.  I haven't had a soda in about seven years.  It feels good.  You don't miss it after a while and you know that it is doing a body good to go without it.  For information on making your own 'healthy' soda, check out this blog!  Saving naturally!! So, have I convinced you yet?  I sure hope so!! 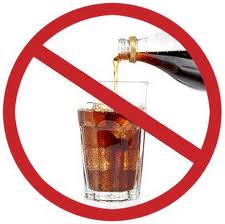