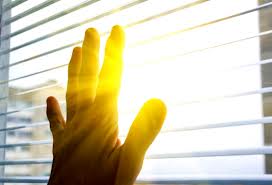 CBS' online site today posted an article that Obesity was directly causing Vitamin D deficiency.  While I don't know if that may be true, I do know that those that are obese get less exercise hence less sunlight and do have higher rates of Vitamin D deficiency.  I have seen this in practice.  Nearly 95% of patients that I see on a daily basis are Vitamin D deficient.  Vitamin D deficiency is defined as having a level of Vitamin D below 30mcg/dL (micrograms per deciliter) in your blood.  I check not only women but men as well.  Now, I can't say that 95% of my patients are obese.  I would estimate that at least 60% would fall into that category with at least 40% of those qualified in the morbidly obese category (this is a level of BMI greater than 40) with obese being defined as a BMI level above 30.  At least 20 percent would be considered overweight (a BMI greater than 27).  This makes as least 60 percent of patients at least overweight or obese.  They also are far more likely to eat an unhealthy diet.  But that leaves at least 35% that are not overweight or obese still Vitamin D deficient!

What is causing this epidemic of obesity and Vitamin D deficiency?  Our food supply!!  The majority of our food supply is tainted with genetically modified foods (GMO's), pesticides, and hormones.  It is also leading to an increase in cancers, cardiovascular disease, auto-immune disorders, stomach disorders, migraines, neurological deficits and disorders, autistic disorders, and more.  So, what is one to do to stop all of the insanity and avoid the complications and pitfalls from these disorders?  Eat organic and non-GMO foods to start; avoid processed foods; cook at home (whenever possible!); be an 'activist' and let your legislature's know where you stand and that you don't want these things in your food!!  Oh, and get at least 15 minutes of unrestricted sunlight a day!!