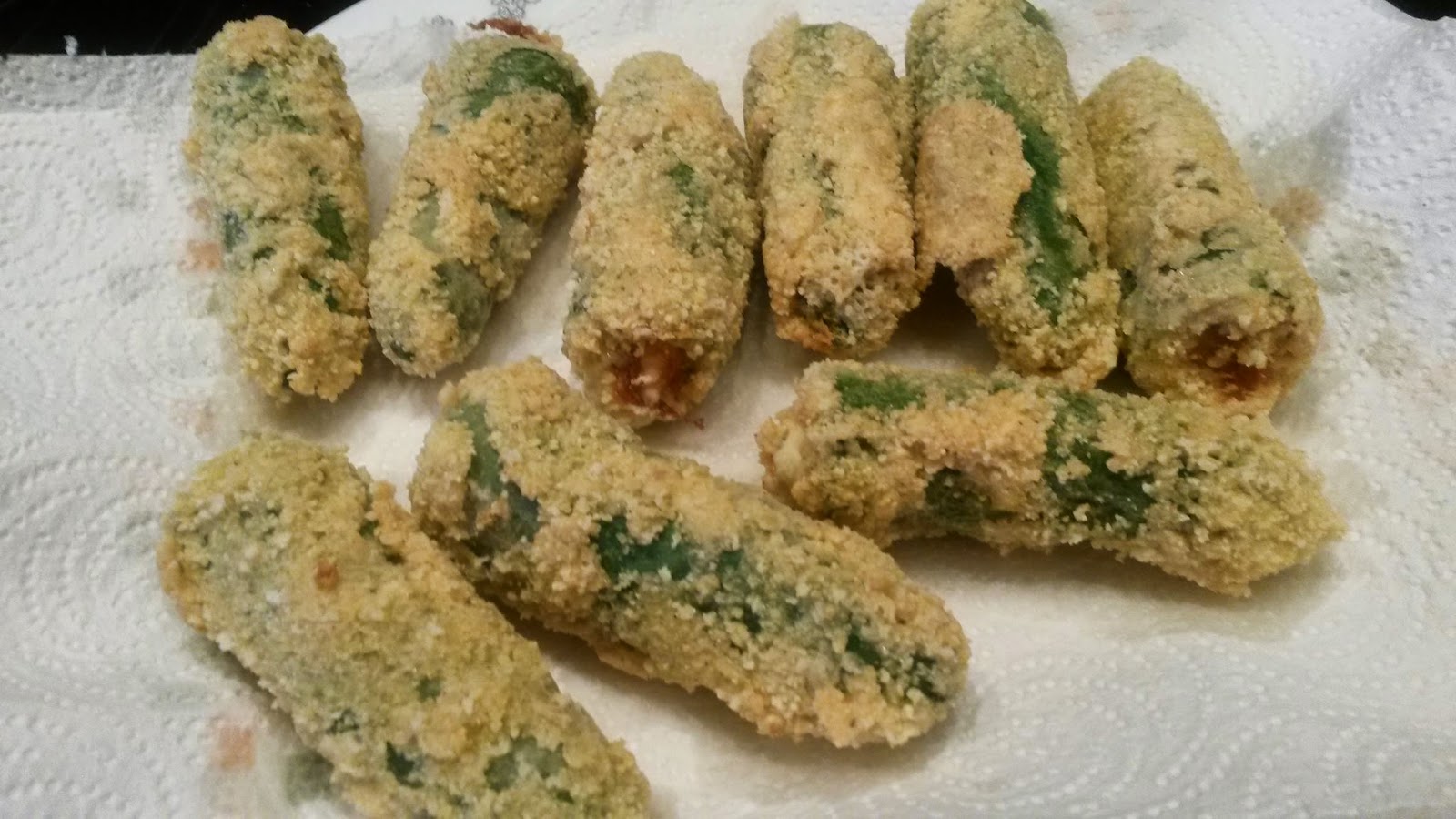 Since becoming gluten free, one thing I have missed in what I have always enjoyed is Jalapeno Poppers. You either have to buy them from a restaurant or they come pre-frozen to be cooked.  Well, I took up the challenge today and made them from scratch!  Sooooo good!  These are not corn free so not Paleo sadly and if I can find a bread crumb that is Paleo, I will certainly use them!  They are also not dairy free but I'm sure you can substitute out to make them so!

I finally found a gluten free bread crumb that I am able to use!  I have been using it in lots of things that call for bread crumbs.  They are from 'Nature's Place' and can be found here DZA Brands, LLC, I found them at my local Earth Fare.  As I have previously mentioned, I am 'mostly' Paleo but do on occasion have 'some' organic corn.  If I didn't have some things outside of Paleo, sadly I wouldn't have much to eat due to my allergies.

Here is the recipe I used!

Mix softened cream cheese, cheddar cheese and Mexican blend together. Put into piping bag (don't forget to cut end off for piping!).  After cleaning out the insides of peppers, pipe cheese mixture into peppers, set aside.

Mix L'Ecuyer's Mexican Blend with the Flour in a bowl.  Put the egg white in a separate bowl and the bread crumbs in a third bowl.

I tried mixing the bread crumbs and flour together and it just didn't stick to the pepper.  Keeping them separate helped the flour and bread crumbs stick much better.

Once oil is heated to 350 degrees, place peppers in oil and cook until golden brown.  This takes about five minutes or so.  Place on plate with paper towels to drain.  Serve with marinara sauce!

These had a great crunch and were like we bought them!!  Enjoy!